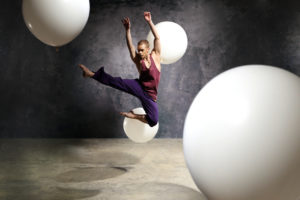 Chinese New Year celebrations, wine festivals, wrestling, comedy, and music. Discover all the events and entertainment happening around Vancouver over these next couple of weeks and start planning your next getaway!

BC Home and Garden Show 2018: BC Place Stadium
Event Dates: February 21st to February 25th | Various Times
From paint colour to furniture, landscaping to functionality, your space is all
about you. Do the homework to make your home work at the BC Home + Garden Show.

From Where We Stand – A Shared Evening of Dance: Firehall Arts Centre
Event Dates: February 21st to February 24th | 8:00pm
Two friends in dance get together to share very different works.

Flight of the Dragon (Soar over China): FlyOver Canada
Event Dates: January 18th to February 18th | 10:00am to 9:00pm
Double feature with Fly Over Canada. During this special feature, follow a mythical
dragon as it soars over some of China’s most spectacular landscapes and scenery.

Fun Home: Granville Island Stage
Event Dates: February 8th to March 10th | Various Times
Alison’s father was many things: a historical preservationist, a funeral home director, a distant parent, and…a closeted gay man. In the struggle to understand her father while also dealing with her own coming out, graphic novelist Alison documents the story of her life in coloured panels.

Ballet BC’s Romeo and Juliet: Queen Elizabeth Theatre
Event Dates: February 22nd to February 24th | 2:00pm and 8:00pm
Compelling in its timelessness, the work captures audiences with its deeply human story and enduring themes of love, fate and family. Reflecting on the divisions that persist in today’s world, Ballet BC will offer a fresh and thought-provoking retelling of the classic that profoundly resonates today.

Jitters: Stanley Industrial Alliance Stage
Event Dates: January 21st to February 25th | Various Times
Four actors, a director, a playwright, and one grand dream of Broadway-bound success. Anything from a forgotten line to a faulty wig may just make or break their new Canadian play. Can this motley crew set aside their egos and anxieties in order to make it to the big time?

LunarFest at Vancouver Art Gallery: Vancouver Art Gallery Plaza
Event Dates: February 18th and February 24th to February 25th | Various Times
Brighten up your winter and prepare to welcome a perfect Year of the Dog with the 2018 LunarFest. From ballet and food to a Moon Crawl and doggie arts & crafts, this two weekend-long celebration is perfect for both you and your four legged best friend!

Experience all of Vancouver’s wonder. Book with Pan Pacific Vancouver.