Olympic Cauldron to be Relit!

It’s hard to believe that five years have passed since the streets of Vancouver were flooded with thousands of tourists from around the world, rallying to support the athletes representing their countries in the 2010 Winter Olympic games in Vancouver. Today, the Olympic Cauldron will be relit to celebrate the fifth anniversary of the 2010 Winter Olympics. 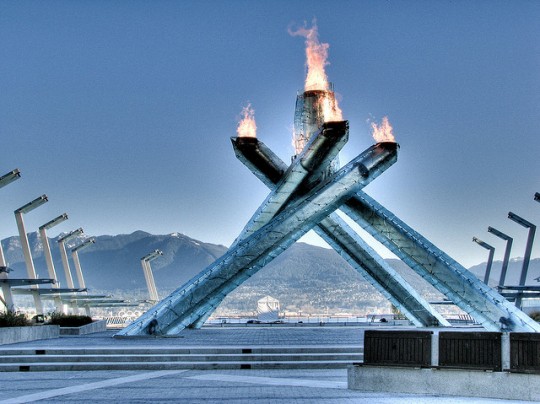 The Olympic Cauldron comes to life again today in honour of the 2010 Winter Olympics. The the cauldron, which was first lit on February 12th, 2010 at 6PM, is scheduled to burn from 8:50AM to 12:50PM at Jack Poole Plaza, located just steps away from the Pan Pacific Vancouver.

As you may remember, Vancouver was hit with a winter heat-wave in 2010 which caused a major hiccup in the Winter Games and required Vancouver to ship snow in from different the Canadian Rockies. Similar to 2010, Vancouver is experiencing yet another heat-wave this year … an ironic coincidence!

The Cauldron is sometimes lit for special events, private functions and on days of significance such as Canada Day. During last year’s Olympics, there was much fuss created by Vancouver locals when it was decided that the Cauldron would not be relit for the 4th anniversary. As a result of the public outcry, the Cauldron was lit any time a Canadian won a medal in last year’s winter games.