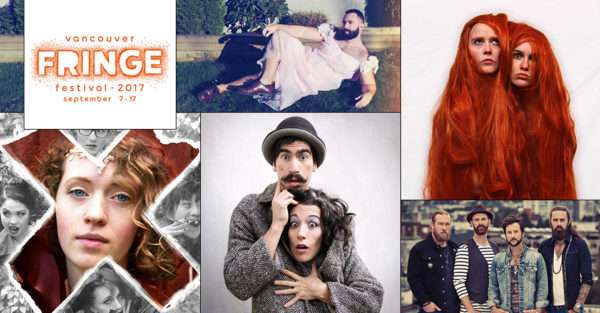 Summer vacation is over and the kids are back to school, but that doesn’t mean there aren’t a lot of events going on in Vancouver! Whether you’re into dance, music, movies, laughs or sports, there’s something for everyone in September!

Guns and Roses: Not in this Lifetime Tour – BC Place
Event date: September 1 | Time: 730pm

Dave Williamson – The Comedy Mix
Event dates: August 31-September 2 | Various times
Dave is a story-teller who often calls on his childhood, his colourful college career at Auburn, and his continuing voyage into being a young father and husband for material.

Fair at the PNE
Event dates: August 19-September 4 | Time: 11am til late
Keep the party going! Celebrate the now, celebrate your childhood and celebrate the future where all of BC comes together every summer!

Andy Haynes – The Comedy Mix
Event dates: September 7-9 | Various times
Since starting comedy in 2004, he has been seen on Late Night with Jimmy Fallon, Conan, Comedy Central Presents, the Pete Holmes show, Roast Battle, and Another Period. He now lives in LA where he regularly performs at the Comedy Store and writes for your favourite television shows.

The Sound of Music – Queen Elizabeth Theatre
Event dates: September 12-17 | Various times
Hailed as “sparkling, fresh and lively, by the LA Times, this brand-new production of the classic musical tells the tale of Maria and the von Trapp family.

Steph Tolev – The Comedy Mix
Event dates: September 21-23 | Various times
Steph Tolev is a stand up and sketch comedian from Toronto, that currently lives in Los Angeles. Her unique brand of absurd, personal and fairly gross comedy has made her an audience favourite across North America, both on stage and on television.

Lang Lang! with the VSO – Orpheum Theatre
Event date: September 25 | Time: 8pm
Classical music’s most exciting superstar – and the greatest pianist of his generation – returns to the Orpheum stage to perform Beethoven’s magnificent ‘Emperor’ Piano Concerto No. 5 with the Vancouver Symphony Orchestra.

John Roy – The Comedy Mix
Event dates: September 28-30 | Various times
John Roy began his career performing in independent rooms in Chicago. After honing his act in clubs around the Midwest, John was crowned the first champion of CBS’ “Star Search.” He has appeared on numerous TV shows.

Angels in America – Stanley Industrial Alliance Stage
Event dates: September 7-October 8 | Various times
Perestroika is a revolution against the politics and prejudice in the 1980s as the AIDS epidemic rages on, and the characters wrestle with their ideologies and an angel looking for an answer.

Vancouver International Film Festival – Various downtown movie theatres
Event dates: September 28-October 13 | Various times
VIFF continues to expand the frame to create multi-experiential streams that include some of the best cinema from around the world.