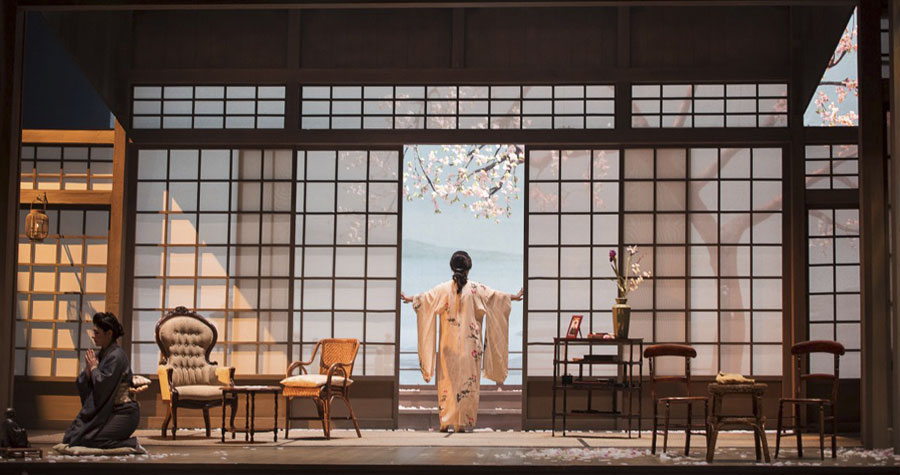 Spring is right around the corner, and believe it, Vancouver can’t wait for it to get here!  So what’s happening in our fair city in March? Plenty. From arts to dance, opera to sporting events, Vancouver is not lacking in things to see and do. Make sure to check back frequently, as more events get posted!

Postsecret: The Show – Firehall Arts Centre
Event dates: February 17-March 5 | Various times
Back by popular demand! An immersive experience through a crowd-sourced narrative of the stories behind some of the most sexual, sad, funny and controversial secrets.

Andrew Grose – The Comedy Mix
Event dates: March 10-12 | Various times
With almost 20 years of live performances, Andrew has some of the most impressive credentials in the industry including 8 ‘Just for Laughs’ Festivals.

Madama Butterfly – Queen Elizabeth Theatre
Event dates: March 5-13 | Time: 2pm and 730pm
In Nagasaki at the turn of the 20th century, a pleasure-seeking American naval officer named Pinkerton leases a house and marries a young geisha. He is only briefly enchanted with his “Butterfly”, but she is totally and forever committed to the marriage.

Go Dog Go! – Waterfront Theatre at Granville Island
Event dates: February 27-March 20 | Various times
PD Eastman’s classic children’s book comes to live on stage in an exploration of movement, colour and music. The dogs delve into life with gusto, creating a visual spectacle for the audience to feast upon. They snorkel. They howl at the moon. They ride a ferris wheel. They sing and dance and climb trees. The musical’s bustle and commotion pauses every so often for a moment or two of reflection and then sweeps us again into the whirlwind of these lovable and goofy dogs.

The Out Vigil – Firehall Arts Centre
Event dates: March 16-26 | Various times
A modern fable steeped in maritime lore, The Out Vigil questions our ability to accept the natural world for all that it is, both beautiful and terrifying.

Body Worlds: Animal Inside Out – Science World
Event dates: October 3-March 28
Animal Inside Out features over 100 preserved animal specimens ranging from the common pigeon to an expertly dissected camel. Visitors will be able to check out what’s under the skin of some spectacular animals and determine what makes us the same – and different.

Easter Bunny visit FlyOver Canada – FlyOver Canada
Event dates: March 26-28 | Time: 11am-3pm
Guests will soar coast to coast across Canada with the Easter Bunny from 11am to 3pm. After the ride, enjoy a festive colouring station, have your face painted for free (Sun and Mon only for the face painting) and take your best guess at the jar of chocolate eggs contest.

Czech Masters – Orpheum Theatre
Event date: March 31 | Time: 8pm
Late 19th century Bohemian/Czech composers wrote some of the most important music that came out of Europe at that time. Leading the way were pioneers such as Dvorak, Smetana and Janaek, and you will hear some of their most beautiful and famous works.

Julian McCullough – Comedy Mixx
Event dates: March 31-April 2 | Various times
Currently starring as the co-host of We Have Issues on E! Hr has appeared on Inside Amy Schumer and The Tonight Show with Jimmy Fallon.