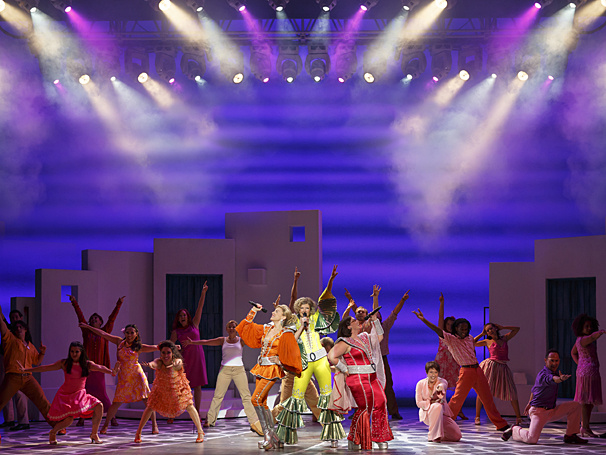 Spring is officially here and everywhere you look, you can see the signs: cherry blossom trees, magnolia blooms, sunshine and shiny, happy Vancouverites! An eclectic collection of events this month, so whether you’re into the comedy, sports, museums, theatre, concerts or dance, there’s something for everyone – so get out there!

Julian McCullough – Comedy Mixx
Event dates: March 31-April 2 | Various times
Currently starring as the co-host of We Have Issues on E! Hr has appeared on Inside Amy Schumer and The Tonight Show with Jimmy Fallon.

Setting the Stage – Orpheum Theatre
Event date: April 8 | Time: 8pm
VSO Springfest explores the War of the Romantics, one of the most important periods in classical music history and a time when some of history’s greatest music was written and performed.

Darcy Michael – The Comedy Mixx
Event dates: April 7-9 | Various times
Widely considered to be one of the country’s fastest rising stars and nominated this year for a Canadian Comedy award, Darcy was one of the stars of CTV’s multi-camera series, ‘Spun Out.’

Iron Maiden: The Book of Souls Tour – Rogers Arena
Event date: April 10 | Time: 750pm
Heavy metal icons Iron Maiden has played sold out shows across the planet, with their signature yet classic sound, The Book of Souls marks their 16th studio album, landing alongside rock artifacts like “The Number of the Beast”, “Powerslave” and “Seventh Son of a Seventh Son.”

The Conservatives: Brahms Requiem – Orpheum Theatre
Event date: April 16 | Time: 8pm
The fourth concert of the SpringFest: War of the Romantics belong to the Conservative camp, and the music of Brahms. Specifically, one of the greatest choral masterpieces ever written: A German Requiem.

Dead Methaphor – Firehall Arts Centre
Event dates: April 2-23 | Various times
A dark comedy by George F. Walker about a former sniper in Afghanistan who returns to Canada and find that the job market at home doesn’t have a lot of room for his skills.

The Jungle Book – Waterfront Theatre at Granville Island
Event dates: April 16-May 5 | Various times
A powerful coming-of-age tale. Deep in the Indian jungle, the human Mowgli is raised by wolves. Tutored by Baloo the bear, Bagheera the panther, and Akela the wolf, Mowgli learns the codes and traditions of the hunter community. When Shere Khan’s prejudice pits the tiger against the young man-cub, Mowgli finds the courage to stand up for himself.

The Valley – Granville Island Theatre
Event dates: April 7-May 7 | Various times
A teenage boy’s arrest on a Skytrain platform is the catalyst for this topical story about the contradictory attempts to balance care and public safety.