Soar Over China with FlyOver Canada 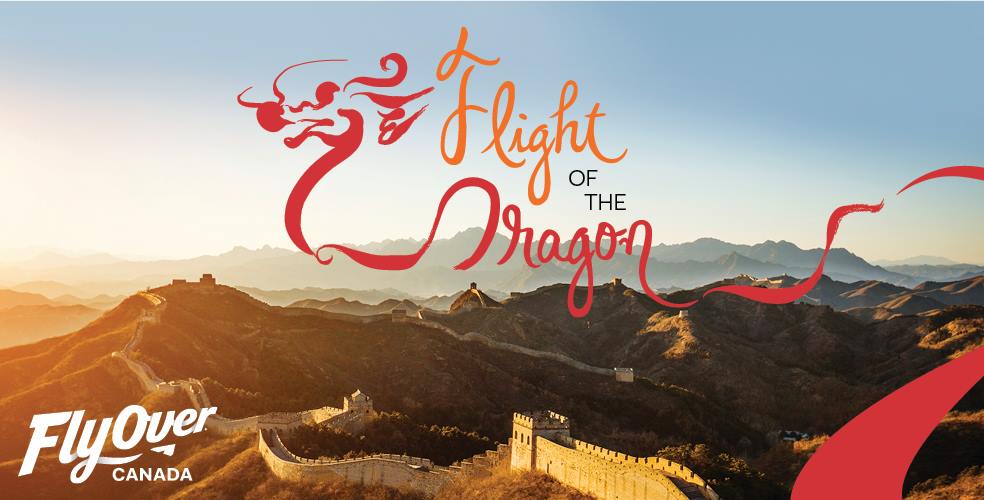 Back for a third season!

After a quick pre-show celebrating Chinese New Year, you’ll be ushered into the theatre to follow a mythical dragon as you soar over some of China’s most spectacular landscapes and iconic sites. Then cap it all off with a thrilling flight ride that takes you from east to west across Canada.

That’s two virtual flight rides for the price of one!

For more info and to book your ticket, click here.