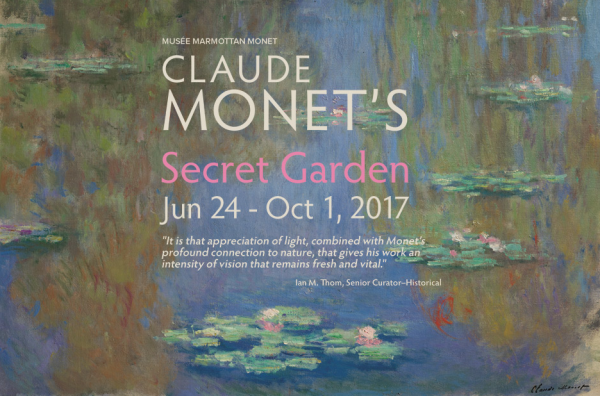 Hot in the city! Coming off what will sure to be THE biggest Canada Day celebration, (Happy 150th, Canada!), Vancouverites and travelers to our fair city will continue the festive, summer spirit with the plentiful events planned, including street parties, musicals, theatre, farmer’s market, outdoor movies, outdoor pools and much, much more.

Chris Gordon – The Comedy Mix
Event dates: June 29-July 1 | Various times
From his break out performances at the Just For Laughs Festivals in Monday and Toronto, the Seattle International Comedy Competition, Vancouver’s North West Comedy Festival, being featured in the Toronto showcase of NBC’s Last Comic Standing, and at The Comedy Death Ray Show in LA, his appeal is undeniable.

Dan Quinn – The Comedy Mix
Event dates: July 6-8 | Various times
From his break out performances at the Just for Laughs Festivals in Montreal and Toronto; the Seattle International Comedy Competition; Vancouver’s NorthWest Comedy Festival; being featured in the Toronto showcase of NBC’s Last Comic Standing; and at The Comedy Death Ray Show in LA; his appeal is undeniable.

Million Dollar Quartet – Stanley Industrial Alliance Stage
Event dates: May 11-July 9 | Various times
Inspired by true events, this rocking jukebox musical takes you into Sun Records Studio no December 4, 1956, to witness the famed recording session that brought together rock and roll legends, Presley, Cash, Lewis and Perkins – for the first and only time. Experience all the hits that made these powerhouse stars the icons they are today, including “That’s Alright”, “Folsom Prison Blues”, “Great Balls of Fire”, “Blue Suede Shoes” and more.

Indian Summer Festival 2017 – Various locations
Event date: July 6-15
Indian Summer Fest showcases provocative artists and visionaries from Canada, South Asia and beyond. The theme for this year’s festival is ‘Tales of war and Peace’, and includes an array of award-winning artists, musicians, and authors.

Greek Summerfest Vancouver – East Vancouver at Burnaby border
Event dates: July 6-16 | Various times
Annual celebration of food, entertainment, and family fun – from the famous BBQ lam and loukoumades to the dozens of live singers and dancers on the performance stage.

Bittergirl: The Musical – Granville Island Stage
Event dates: June 15-July 29 | Various times
This carthartic and catchy musical charts the romantic breakups of three women and the lively antics that ensue. 60s girl group music like “Be My Baby”, “And Then He Kissed Me”, “Ain’t No Mountain High Enough”, and “Where Did Our Love Go?” provide the perfect backdrop for the bittergirls’ journey back to happiness.

#No Filter – The LOL of TMI – The Improv Centre at Granville Island
Event dates: July 1-31 | Time: 915pm
#NoFilter uses the spontaneity of improv comedy to delve into our fleeting, over-shared digital world. From Snapchat to Instagram, Weibo to Facebook and everything in between, #NoFilter finds the fun and funny in how much we share about ourselves with nearly total strangers – crushing the LOL of TMI.

Sunday Afternoon Salsa – Robson Square
Event dates: July 9-August 13 | Time: 3pm and 5pm
Free outdoor salsa dances. Try the free lesson at 3pm, watch the performances at 5pm, or just check out the social dancing throughout the afternoon and see how much fun it is!