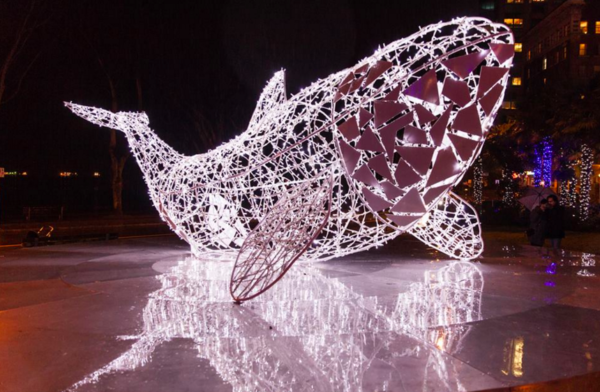 Is it the end of the year already?!

For many, December is the time for celebration and reflection. It’s a time for feasting and gathering, taking time to appreciate all those special people in our life.

Not sure what’s happening in Vancouver this festive season? Well, there’s LOTS going on.

We’ve made a list (and checked it twice, naturally) of all the entertainment, including concerts, theater and family-friendly, holiday fun.

Only Drunks and Children Tell the Truth – Firehall Arts Centre
Event dates: November 11-December 2
First produced by the Firehall in the ’90’s, this production will make you laugh and cry as Taylor creates the story of the impact of the 60’s scoop-up of native children on one family.

Charlie Demers – The Comedy Mix
Event dates: November 30-December 2
A regular guest on CBC’s The Debaters and This is That. Author of the books The Prescription Errors and Vancouver Special.

PJ Masks Live – Queen Elizabeth Theatre
Event date: December 7 | Time: 6pm
Based on the animated children’s TV series that is based on the Les Pyjamques book by Romauld Racioppo.

VSO Tiny Tots Holiday Hooray! – Vancouver Playhouse
Event date: December 15 | Time: 10am and 1130am
Sing along to frosty favourites while you move along with miniatures from “The Nutcracker”, “Babes in Toyland”, and other sparkly holiday classics. Accompanied by a brass trio.

Chris Locke – Comedy Mix
Event dates: December 14-16 | Various times
Chris Locke performs stand up all over Canada and the US in comedy clubs, festivals, and independent venues. His stand up album garnered praise from critics and fans alike, as well as, being the #1 comedy album on iTunes Canada during its first two weeks of release.

Vivaldi’s Four Season – Chan Centre for Performing Arts
Event dates: December 15-16 | Time: 8pm
The VSO’s traditional presentation of Vivaldi’s timeless classic, The Four Seasons. Philippe Quint, one of the most lyrical, elegant, and poetic violinists in the world today, will perform this enduring favourite, on the magnificent 1708 “Ruby” Stradivarius violin.

Goh Ballet’s The Nutcracker – The Centre in Vancouver
Event dates: December 14-19 | Various times
The lights dim and the beautiful sounds of Tchaikovsky’s music fill the air.

Saturday Nights Christmas Queen Drag Race – Improv Theatre
Event dates: November 25-December 23 | Time: 1115pm
The (lace) gloves come off as these two Grand Dames put contestants through their paces in a series of improv challenges with the help of audience suggestions resulting in the ‘be-jewelling’ of a new Drag Diva.

The Day Before Christmas – Goldcorp Stage at BMO Theatre Centre
Event dates: November 16-December 24 | Various times
Alex is a perfectionist who is desperately holding fast to her Christmas traditions. While juggling family and work – and a movie star – she loses control of her holifay lans, and her home becomes a disaster zone.

Ivan Decker – The Comedy Mix
Event dates: December 28-30 | Various times
Ivan has appeared at the Montreal Just for Laughs festival and has various tv and radio appearances including his own half-hour comedy special on CTV and as a guest on both the radio and the tv versions of the popular CBC program titled “The Debaters.” He was also voted #1 comedian in Vancouver by judges in 2011 Vancouver Comedy Showdown.

The Nutcracker – Queen Elizabeth Theatre
Event dates: December 28-30 | Various times
It woudn’t be the holidays without the Nutcracker. Alberta Ballet’s production with choreography by Edmund Stripe and sets and costumes designed by Emmy Award-winning designer Zack Brown, ‘sparkles like a Faberge egg’, says the Vancouver Sun.

The Lion, the Witch and the Wardrobe – Waterfront Theatre at Granville Island
Event dates: November 25-December 31 | Various times
Talking animals, quest and secrets abound in this stage adaptation of C.S. Lewis’ first installment of the epic Chronicles of Narnia series.

Heritage Christmas – Burnaby Village Museum
Event dates: November 25-January 5 | Various times
Stroll through the streets of the village to see wreaths, cedar swags and vintage-themed displays. At the bandstand, visitors can create their own magical holiday show with lights that change colours to sound.

East Van Panto: Snow White and The 7 Dwarves – York Theatre
Event dates: November 29-January 6 | Various times
In this East Van telling, our hero flees the Queen of North Vancouver across the Ironworkers Memorial Bridge and straight into the madness of the PNE, where she dances with Superdogs, takes a ride on the coaster, and befriends washed up 80s rock stars “The Seven Dwarves.”

Christmas at FlyOver Canada – FlyOver Canada
Event dates: November 23-January 7
Join Santa on a magical flight across Canada and onto the North Pole.

Beauty and the Beast – Stanley Industrial Alliance Stage
Event date: December 7-January 13 | Various times
“Tale as old as time, song as old as rhyme.” Can Belle teach the Beast to love, before it is too late? Discover the magic behind the castle walls in this brilliant adaptation of the Academy Award-winning animated film.

Portrait of the Artist – From the Royal Collection – Vancouver Art Gallery
Event dates: October 28-February 4
A remarkable group of more than ninety paintings, drawings, prints, photographs and sculpture highlighting both the enormous richness of the Royal Collection and the complex and deep relationship that the British monarchy has had with artists for the last three and half centuries.