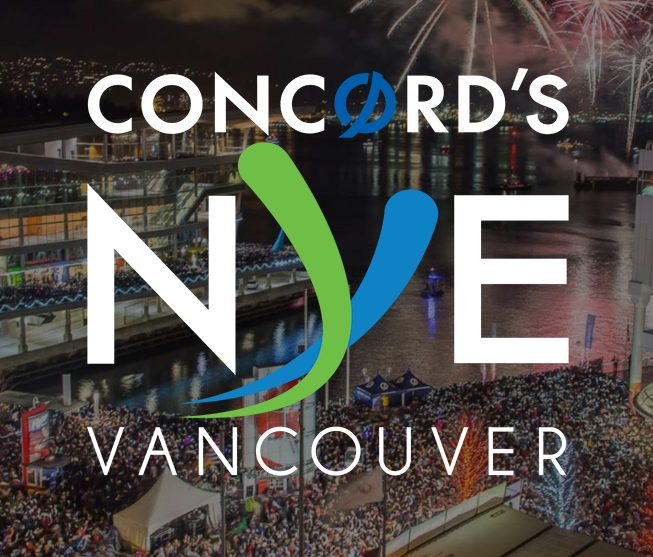 This year’s event is officially part of the federal government of Canada’s 150 festivities, celebrating the 150th anniversary of Canadian Confederation. NYE Vancouver will be a free, public event that will include live music, multicultural programming and entertainment, and of course, fireworks! The event will utilize outdoor space at Canada Place and surrounding areas along Canada Place Way from Howe Street to Thurlow Street.

Highlights of this year’s NYE VAN celebration will include: 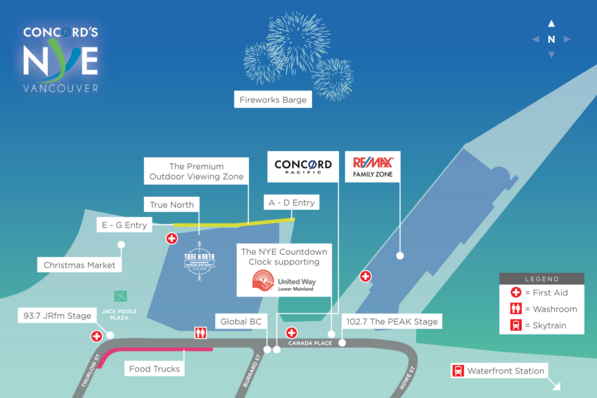 The event will be live broadcast by Global BC anchors Chris Gailus and Sophie Lui, meteorologist Kristi Gordon and sports anchor Squire Barnes between 11pm and midnight and the fireworks soundtrack will be simulcast on 102.7 The PEAK and 93.7 JRFM for your enjoyment.

Please note: Due to the scale of the event, street closures will be in effect:

Revellers are strongly encouraged to walk, bike, or take advantage of free public transit to the event.

There will be a number of pay car park facilities, within walking distance to Canada Place:

Local access to the hotels will be maintained during the event.