Lighting Up Downtown with Lumière Vancouver 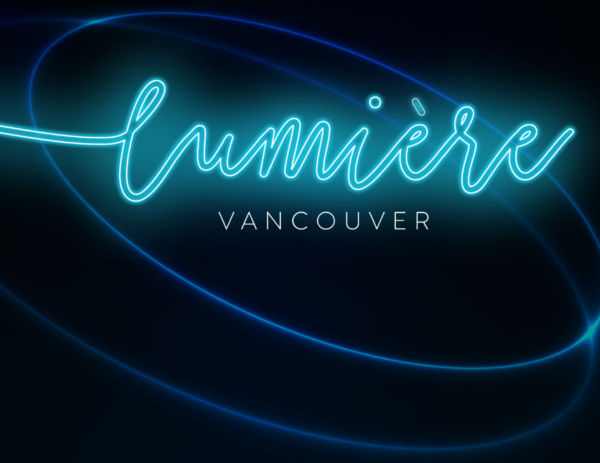 Lumière kicked off this past weekend at English Bay with eleven light-inspired public art works on display. 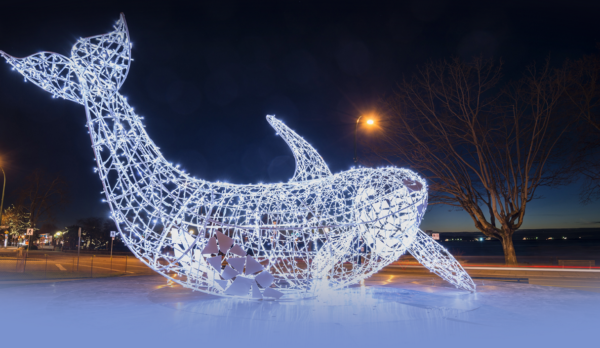 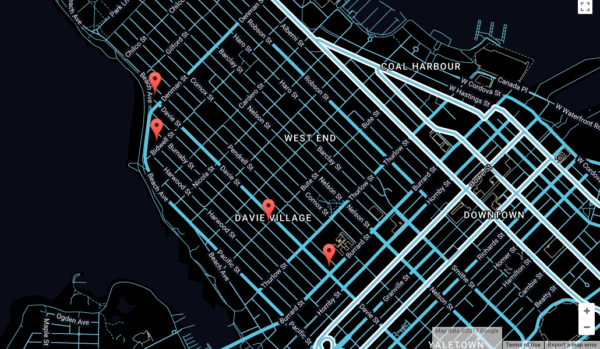 Jim Deva Plaza:
“Shine with Pride” by Tangible Interaction
“The Limitation of Words to Describe Feelings” by Hfour
“Postures in Protest” by Erdem Taselen
“Sham-Real Shadows” by Trevor Van den Eijnden
“Sol takes his Incomplete Open Cubes down to the local dancehall to let loose, leaving behind very specific instructions regarding exactly how his Assistant should clean the cages while they’re out” by Chris Eugene Mills
“The Relics” by Trevor Van den Eijnden

Pan’s very own, long-time Concierge, Shelley Hayashi, even took on the role as President of this year’s Lumière Vancouver. We couldn’t help but ask how this collaboration came about.

According to Shelley, “Lumière Festival Vancouver Society actually started 4 years ago over a dinner conversation with my friend, Stephane Mouttet, who was the Chef Concierge at the Shangri-la Hotel at the time. He had just got back from Lyon, France where the annual La Fete de laLumière was held.  Stephane told me that this Festival of Lights brings in over 4 million visitors a year to the city and since Vancouver’s hotel occupancy is so low during winter, it would be great if we could have a festival like that.  Also, it would be great to brighten up the dark, dreary winter nights with beautiful lights with an event that is open to everyone and free of charge.  So, it was with tourism and the community in mind, that we started the Lumière Festival Vancouver Society.

The West End Business Improvement Association was interested in Lumière right from the beginning and that is how the West End  has become the home toLumière and where Luna the whale returns year after year.

At the beginning of this year, Stephane returned to France and I took over his role as the President of the Society.  The continuing success of Lumière Vancouver is largely due to the wonderful relationship we have with our partners, The West End BIA and the Vancouver Pride Society.” 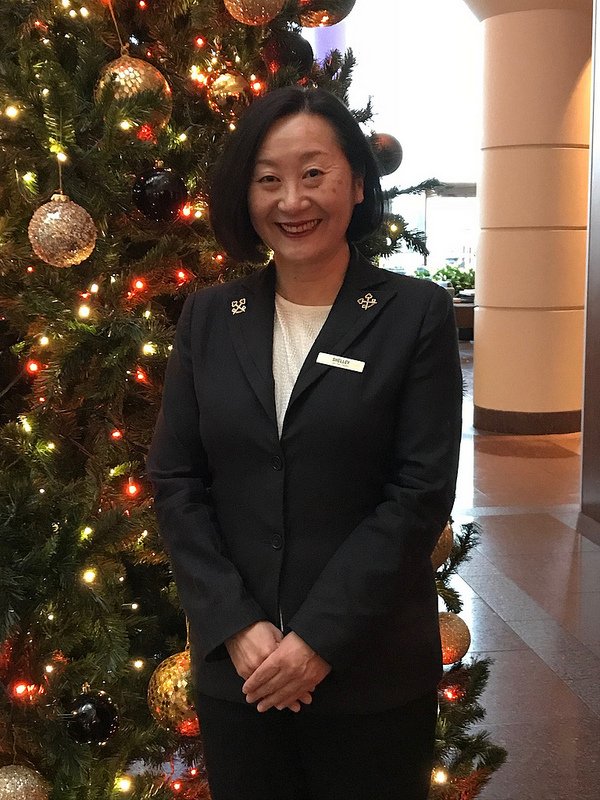 When asked why people should check out Lumière, Shelley said, “This year we have hired a curator, Wil Aballe, who has brought in some amazing pieces of light based art installations to the event.  One of the highlights is a flock of flying origami birds at Alexandra Park called “Luminous Birds” by UK artist Kathy Hinde.  As well, at the Jim Deva Plaza, there is a video of Chris Mills’ dancing deconstructed cubes and the beautiful “Sham-Real Shadows” by Trevor van den Eijnden.  Finally, over by the Community Garden, is Khan Lee’s “Blue” which is an inflatable sculpture made with shirts sewn together.  Returning from last year, we have Luna the Whale, “Shine with Pride” by Tangible Interaction and “The Limitation of Words” by Hfour.”

Until December 9, the Jim Deva Plaza will host a variety of public programs.  Please visit the Lumière website for more details.