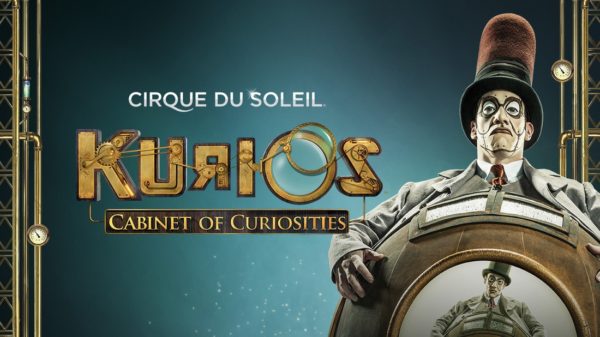 Now that Thanksgiving and Halloween have come and gone, we’re all ramping up for winter socials and holiday parties. But before we get to that, there’s still lots of things to see and do in Vancouver during November.

Here are all the happenings this month!

Thanks for Giving – Granville Island Stage
Event dates: October 5-November 4 | Various times
While Nan bastes the turkey and prepares the stuffing, her husband hides a freshly hunted bear in the garage and her troublesome daughter is raiding her purse again. To top it all off, her grandchildren have chosen this Thanksgiving to disclose some unexpected personal truths to the family.

Program 1 – Queen Elizabeth Theatre
Event dates: November 2-4 | Various times
Ballet BC Resident Choreographer Cayetano Soto, a visionary of contemporary ballet, will premiere an original work. Highly-acclaimed choreographer Johan Inger has a legacy of work in major companies all over the world. Inger returns to Ballet BC with the North American premiere of B.R.I.S.A.

The Dream of Gerontius – Orpheum Theatre
Event dates: November 4-6 | Time: 8pm
Elgar’s massive but deeply personal work, based on a Victorian poem by Cardinal John Henry Newman, follows a devout, dying Everyman character on a journey through death to meet his Maker, before being taken to Purgatory with the promise of everlasting life and glory to come.

John Mulaney – Queen Elizabeth Theatre
Event dates: November 9-10 | Time: 7p and 930pm
Best known for his work as a writer on Saturday Night Live and as a stand-up comedian with stand-up specials The Top Part, New in Town, and The Comeback Kid.

Tracey MacDonald – The Comedy Mix
Event dates: November 9-11
Tracey MacDonald lives in LA and is a touring headliner. She has been seen on CTV, CBC, CBS, Comedy TV, Hollywood E! Network and is regularly heard on XM Satellite Radio in both the US and Canada.

Tracey MacDonald – The Comedy Mix
Event dates: November 9-11
Tracey MacDonald lives in Los Angeles and is a touring headliner. She is originally from Halifax, Nova Scotia and has been seen on CTV, CBC, CBS, Comedy TV, The Hollywood E! Network and is regularly heard on XM Satellite Radio in both the US and Canada.

Circle Craft Market – West Convention Centre
Event dates: November 8-12
The Christmas spirit is coming to Vancouver, as the Circle Craft prepares for its 44th annual market. The Circle Craft Christmas Market hosts more than 300 different artisans and vendors from across Canada, and features everything from pottery to fashion to craft distilleries.

Lights of Hope – St. Paul’s Hospital
Event date: November 16 | Time: 630pm
Join thousands of Vancouverites and tourists gathering around Burrard Street to experience the annual fireworks display at St. Paul’s in downtown Vancouver. See the massive Lights of Hope display switch on for the first time in 2017 as fireworks light up the sky!

Julian McCullough – Comedy Mix
Event dates: November 16-18
Nationally touring comedian and actor currently starring as the co-host of ‘We Have Issues’ on E! He has appeared on ‘Inside Amy Schumer’ co-starred with Whitney Cummings on the E! Series ‘Love You, Mean It’ and is currently developing an original pilot for NBC.

King Charles III – Stanley Industrial Alliance Stage
Event dates: October 19-November 19 | Various times
His time has finally come. The queen is dead and Charles ascends the throne, at last. But is he ready for the monarchy or anarchy? When a single decision jeopardizes the trust of the prime minister and the people, revolt against the crown isn’t far behind – and Kate and William are always one step away, vying for their shot.

The Laugh Jedi (Thu-Sat) – Improv Centre at Granville Island
Event dates: October 1-November 19 | Time: 730pm
A long time ago, in a galaxy far, far away – the improvisers strike back!

OK Tinder (Fri and Sat) – The Improv Centre at Granville Island
Event dates: October 2-November 19 | Time: 1115pm
The good, the bad and the laughable of Vancouver’s dating scene in 60 minutes of side splitting laughter.

Jersey Boys – Queen Elizabeth Theatre
Event dates: November 14-19 | Various times
Called “too good to be true” by the New York Post, Jersey Boys is the true story of how four blue-collar kids became one of the greatest successes in pop music history.

VSO at the Movies: Jurassic Park – Orpheum Theatre
Event dates: November 18-19 | Time: 2pm and 8pm
One of the most thrilling science fiction adventures ever made, and featuring one of John Williams’ most iconic and beloved musical scores, Jurassic Park transformed the movie-going experience for an entire generation and became the highest-grossing film of all time in 1993, winning three Academy Awards.

Soar Over America – FlyOver Canada
Event dates: November 2-22 | Time: 10am-9pm
10 minute film of soaring over some of America’s landscapes. Back to back with FlyOver Canada feature.

Seasons: A Magical Musical – The Centre in Vancouver
Event date: November 25 | Time: 8pm
This is a touching journey of a young girl growing up with her love and passion for music. After a breakdown, and her chance encounter with a magician, together, they find their answers to life. The audience will experience a dramatic, magical musical ride, geared to be emotionally moved, as the characters celebrate and share their discoveries over the four seasons.

Action at a Distance – Fei and Milton Wong Experimental Theatre
Event date: November 24-26 | Time: 2pm and 8pm
Three years in the making, Vancouver’s Vanessa Goodman brings the world premiere of Wells Hills to the Dance House stage. Seven exceptional dancers splice themes of technology and communication into this smart, vibrant new work based on the sweeping philosophies of Marshall McLuhan and Glenn Gould.

Romantic Rachmaninoff – Orpheum Theatre
Event dates: November 25-27 | Time: 2pm and 8pm
Renowned Irish pianist Barry Douglas is a Vancouver favourite, and he brings a combination of power and grace to the piano that few can match. Douglas performs Rachmaninoff’s lush, Romantic Piano Concerto No. 2, quite possible the best-loved piano work of all.

The Day Before Christmas – Goldcorp Stage at BMO Theatre Centre
Event dates: November 16-December 24 | Various times
Alex is a perfectionist who is desperately holding fast to her Christmas traditions. While juggling family and work – and a movie star – she loses control of her holifay lans, and her home becomes a disaster zone.

Christmas at FlyOver Canada – FlyOver Canada
Event dates: November 23-January 7
Join Santa on a magical flight across Canada and onto the North Pole.

Portrait of the Artist – From the Royal Collection – Vancouver Art Gallery
Event dates: October 28-February 4
A remarkable group of more than ninety paintings, drawings, prints, photographs and sculpture highlighting both the enormous richness of the Royal Collection and the complex and deep relationship that the British monarchy has had with artists for the last three and half centuries.

2 Responses to Events and Entertainment Around Town – November Edition