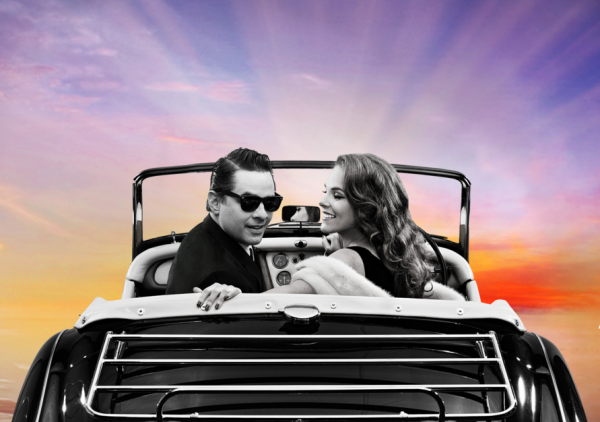 Source: Bard on the Beach

Summer time may well be our favourite season in Vancouver. Not only is it patio weather, (hit our Coal Harbour Bar for a thirst quenching bevvie), but it’s the season that we reach peak daylight hours. With so many hours, what will you get up to? Check our roundup of June events and get out there!

Let’s Have a Playdate – Vancouver Playhouse
Event date: June 9 | Time: 10am and 1130am
Explore fast and slow music on three playdates: at a friend’s house, at the park and at a concert. Play hide and seek, bounce the ball and other favourite games set to the music of Johannes Brahams. Accompanied by a woodwind quartet.

Outside Mullingar – Pacific Theatre on Hemlock and 12th
Event dates: May 19-June 10 | Various times
A quirky, flawed story of love and some kind of happiness told with effortless wit and poetic Irish lyricism.

Andrew Grose – The Comedy Mix
Event dates: June 22-24 | Various times
Canadian comedy veteran with some of the most impressive credentials in the industry. In addition to over 20 years of live performances in comedy clubs, theatres and festivals, he has made his mark on national television in Canada.

Hand to God – Goldcorp Stage at the BMO Stage Centre
Event dates: May 25-June 25 | Various times
In a church basement in suburban Texas, three troubled teenagers meet weekly to express themselves through puppetry and learn to avoid the devil at all costs. Things take a twisted turn when one student – Jason – creates a hand puppet that is possessed with a delightfully dark personality of its own, contrasting its master’s meek demeanor.

Chris Gordon – The Comedy Mix
Event dates: June 29-July 1 | Various times
From his break out performances at the Just For Laughs Festivals in Monday and Toronto, the Seattle International Comedy Competition, Vancouver’s North West Comedy Festival, being featured in the Toronto showcase of NBC’s Last Comic Standing, and at The Comedy Death Ray Show in LA, his appeal is undeniable.

Million Dollar Quartet – Stanley Industrial Alliance Stage
Event dates: May 11-July 9 | Various times
Inspired by true events, this rocking jukebox musical takes you into Sun Records Studio no December 4, 1956, to witness the famed recording session that brought together rock and roll legends, Presley, Cash, Lewis and Perkins – for the first and only time. Experience all the hits that made these powerhouse stars the icons they are today, including “That’s Alright”, “Folsom Prison Blues”, “Great Balls of Fire”, “Blue Suede Shoes” and more.

Bittergirl: The Musical – Granville Island Stage
Event dates: June 15-July 29 | Various times
This carthartic and catchy musical charts the romantic breakups of three women and the lively antics that ensue. 60s girl group music like “Be My Baby”, “And Then He Kissed Me”, “Ain’t No Mountain High Enough”, and “Where Did Our Love Go?” provide the perfect backdrop for the bittergirls’ journey back to happiness.