Posted on January 19, 2018 in Events, Food and Beverage, Guides, Tourism 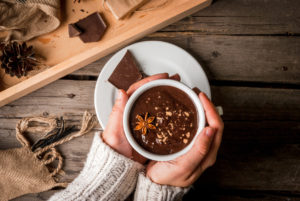 Looking for activities to do in and around Downtown Vancouver? We have some exciting hand picked events coming up over the next couple weeks.

Shit: Firehall Arts Centre
Event Dates: January 27 – February 10 | Various times
What of the women and girls who defy gender demarcations, who transgress the boundaries and restraints of social order and expectation? This is a work about these girls.

Flight of the Dragon (Soar Over China): Flyover Canada
Event Dates: January 18 – February 18 | 10:00am – 9:00pm
Double feature with Fly Over Canada. During this special feature, follow a mythical
dragon as it soars over some of China’s most spectacular landscapes and scenery.

Topdog/Underdog: Goldcorp Stage at BMO Theatre Centre
Event Dates: January 18 – February 11 | Various Times
African-American brothers Lincoln and Booth—birth names given as a joke that sets up an intense rivalry—share a seedy, one-room apartment and are looking for easy money in cards. Things are tight and only get tighter when their competition grows and their lies exceed their truths.

L’Elisir d’Amore: Queen Elizabeth Theatre
Event Dates: January 21 – January 27 | Various Times
Playing on Jan 21, 25 and 27. One of the most performed of all Donizetti’s operas – but has not been seen at Vancouver Opera since 1999. It is a dreamy marriage of a stirring love story and hilarious comedy with music that moves the soul, including the much-loved aria ’Una furtiva lagrima’

Jitters: Stanley Industrial Alliance Stage
Event Date: January 25 – February 25 | Various times
Four actors, a director, a playwright, and one grand dream of Broadway-bound success.
Anything from a forgotten line to a faulty wig may just make or break their new Canadian play. Can this motley crew set aside their egos and anxieties in order to make it to the big time?

Portrait of the Artist – From the Royal Collection: Vancouver Art Gallery
Event Date: January 28 – February 4 | Various times
A remarkable group of more than ninety paintings, drawings, prints, photographs and
sculpture highlighting both the enormous richness of the Royal Collection and the complex and deep relationship that the British monarchy has had with artists for the last three and half centuries.

Book your next escape with us and take advantage of all Vancouver has to offer.